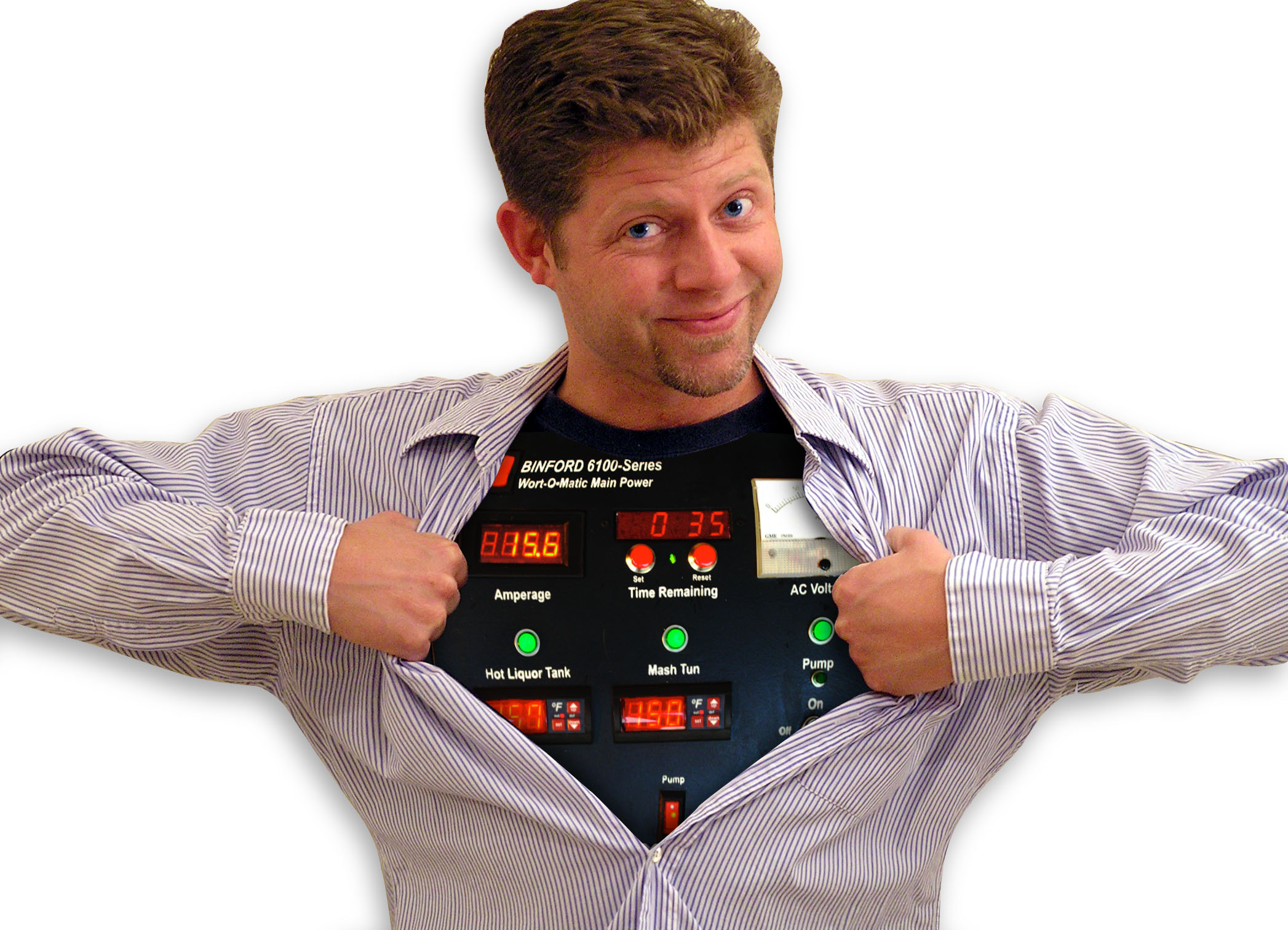 Charlie Essers (AKA Push Eject) has been a longtime friend of MoreBeer, The Brewing Network, and homebrewers in general. Dubbed "one of the nicest guys in homebrewing" by those who know him, Push wanted us to have this recipe that he brews whenever his father-in-law comes for a visit. Push says: "My family has been supportive of all the brewing gadgets and scattered projects including my "dark-beer-phobic" father-in-law. This recipe is an Americanized pilsner that I have evolved for him over the years. Sweeter than a standard pilsner, but still crisp and refreshing, I can't keep this around long in the Summer months." Push began brewing in 1999 after buying a starter homebrew kit as a bad joke for a friend who earned a DUI and getting one for himself as well on impulse at the register. After going all grain in 2002, it was clear that automation was a necessity in his process, and his love of brewing gadgets was born. His first stand was designed and built in 2003 and his first Wort-O-Matic control panel in 2006. These led to the launch of wortomatic.com and a close relationship with MoreBeer! and The Brewing Network. Try Push's beer out and let him know what you think - Hopefully it keeps your father-in-law happy, too! Estimated Original,,,Makes 5 gallons,,,Gravity:1.042-46,,,SRM (Color Range): 4,,,IBU's: 35-39,,,Estimated Alcohol Percentage: 4.2%