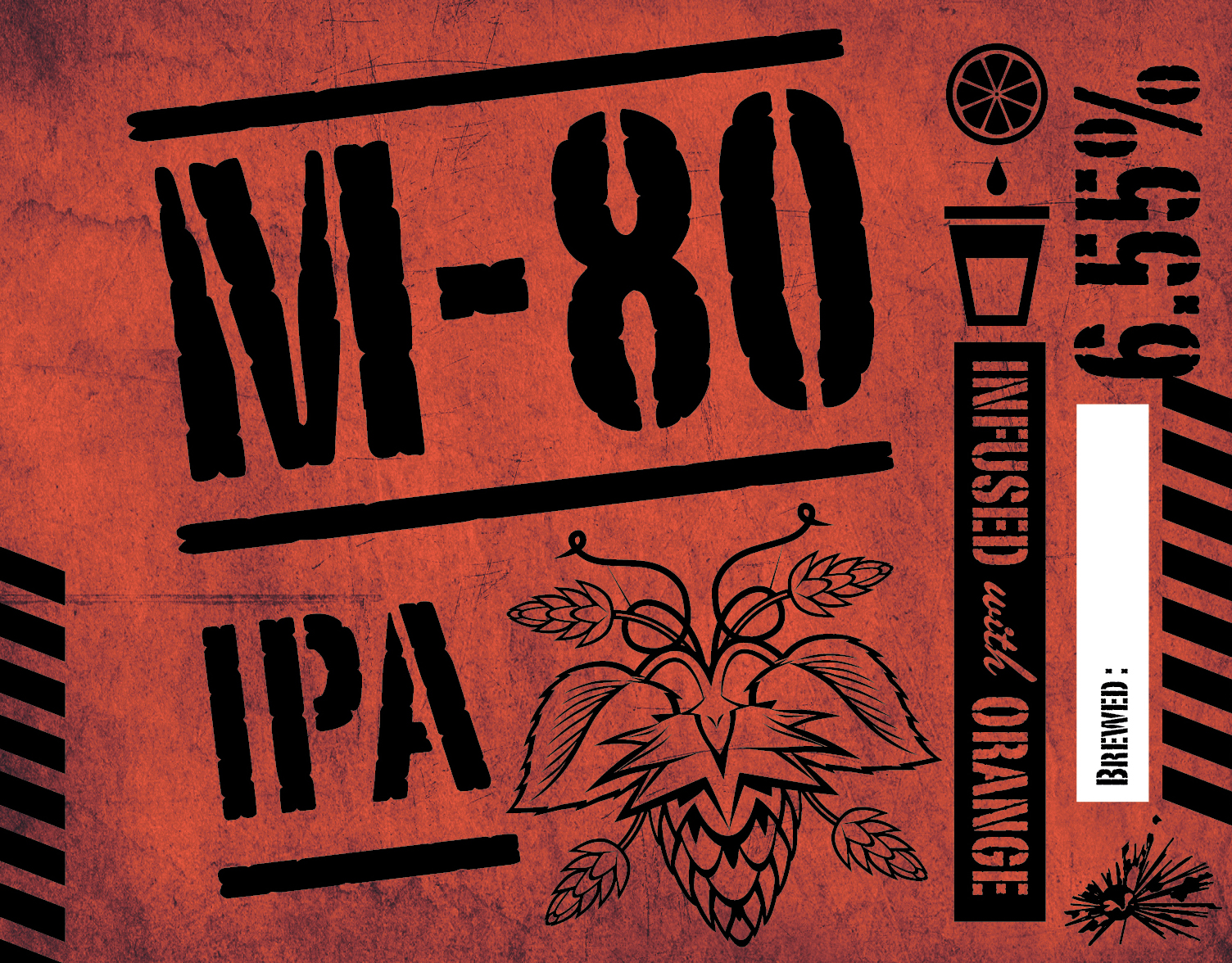 Remember your parents scaring you with "Be careful of firecrackers, they can explode in your hand!"  Well let us warn you right now... our new, juicy M-80 IPA is going to explode in your mouth. It's going to be crazy. Flavors going everywhere. Maybe your parents would tell you to use caution and not to make this beer. But your grown up now, making adult decisions (most of the time), and we think you've earned the right to buy a beer kit with a fuse and a lighter. With a slight smile and a wink of the eye, we say "go ahead... have some fun".,Let us tell you about the inner workings of this bomb. Sure it has big IPA malt, but you want to know about the hops. It starts with an unreasonable amount of Simcoe, Columbus, and Centennial hops. By themselves these are all explosive hops, but together they combine to bring true, huge IPA hop flavor.  Because of the similarity of hops, one MoreBeer! staffer dubbed it a mini "Pliny The Elder... but with orange". High praise indeed.,Did you just say Orange? Well done sir, good paying attention. What really sets this IPA apart from the masses is that the recipe calls for you to cut up and add three fresh oranges into the fermenter. Crazy? We thought so. But that is what we love about our Signature Series of Beer Kits, a selection of crazy, unique beers that really stand out. M-80 IPA was designed and created by your fellow homebrewer, Carlos Musquez. We do admit he went a little AWOL on this kit and into uncharted territory, but we love a rebel. Being a graphic designer he also designed the very cool matching bottle labels. Bring a labeled six pack to your next party and you might be dubbed "The Bomb".,You will need to supply the three fresh oranges... we'd ship them to you, but they would get a little squishy.,Estimated Original Gravity: 1.060,Estimated SRM: 7,Estimated IBU's: 75-80,Estimated Alcohol Percentage: 6.5%,Our recipe kits DO NOT include grain bags or yeast. The recommended yeast(s) can be found below. All grains will come milled.